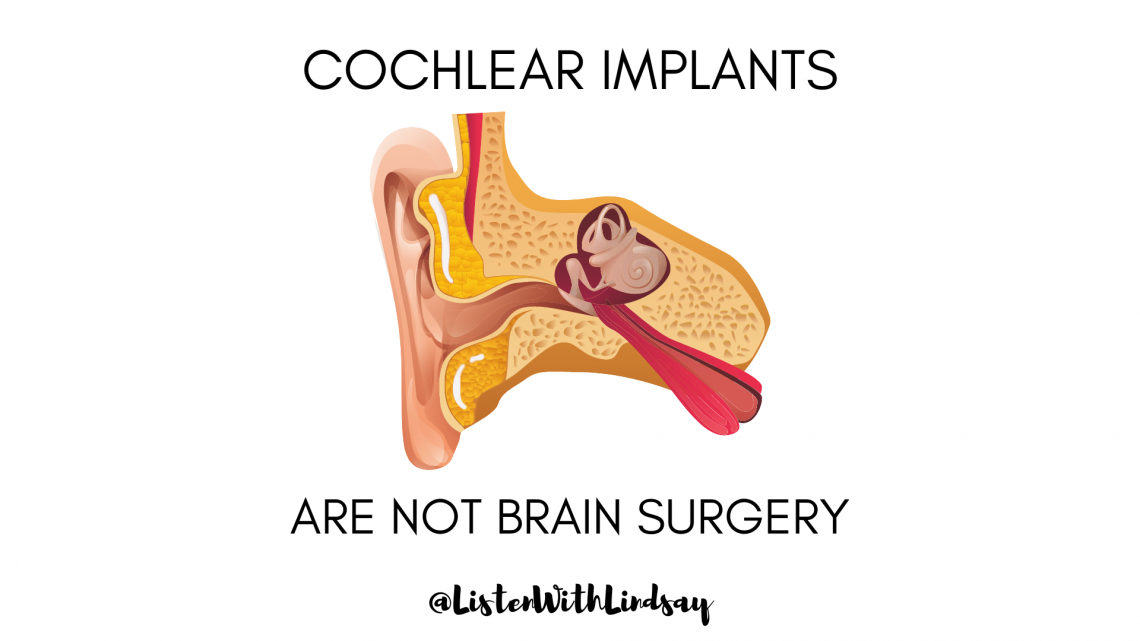 Cochlear implants go into the cochlea which is the inner ear. It’s the snail 🐌 shaped part. The hearing nerve comes from the brain into the inner ear and the implant stimulates the hearing nerve. Surgery involves drilling into the mastoid bone. Reach behind your ear and touch your head. Feel that hard part? That’s your mastoid bone which is part of your skull (also not your brain).

If someone does not have a cochlea then there is nowhere to put a cochlear implant. They might be eligible for an Auditory Brainstem Implant (ABI). An ABI uses a paddle shaped electrode implant which is placed in the brainstem (which is part of your brain). ABI surgery is brain surgery. Cochlear Implant surgery is ear surgery. Just not the part of the ear we can see. The speech processor or external part of an ABI is the same as a cochlear implant.

Is a cochlear implant surgery permanent? Well.. yes and no. The implant itself can be surgically removed- so is that permanent? @a.bionic_bean had a good analogy and said a cochlear implant is more of a marriage than a tattoo. I said a tattoo leaves a scar when you remove it (a CI also leaves some scarring in the cochlea when you remove it). She said so does a marriage. Touché! I don’t think there is a “right” answer for this question, more of a matter of perspective.

Can a Cochlear Implant be Re-Implanted?

If a cochlear implant is removed we say it is explanted. After a cochlear implant is explanted, the same ear can be re-implanted with a new implant. There are a few reasons why an explant would be recommended, typically due to device failures. The device can stop working after a trauma (hit to the head), movement of the electrodes outside of the cochlea, or because it is a man made device and they don’t always last forever. While Cochlear Implants ideally should last a lifetime, most manufacturers say parents of young children should expect their child to have to be re-implanted at least once in their lifetime. Babies born these days live a long time!

Is CI surgery serious, life changing, and a big decision? Absolutely. Is it brain surgery? No. Is it permanent? Yes and no.

All of these things are important to discuss with your audiologist, surgeon, and CI team of course ☺️

If you want to learn a whole bunch about Cochlear Implants be sure to listen to the episode I did with Dr. Lilach Saperstein on her podcast All About Audiology.

What’s the difference between hearing aids and cochlear implants?

In this post I discuss what the difference is between getting implanted earlier vs. waiting.

Should Kids with Cochlear Implants Use Remote Microphones?

Short answer- YES!! As early as possible!!! Check out my episode on All Ears at Child’s Voice podcast for more.

Books about Getting Cochlear Implants

Check out my books for kids and adults with hearing loss guide to see books by, about, and for kids with cochlear implants! 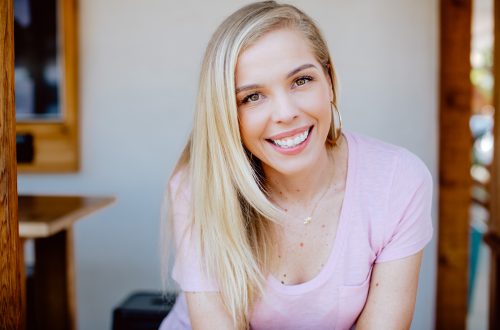 5 things this Pediatric Audiologist Wants You to Know 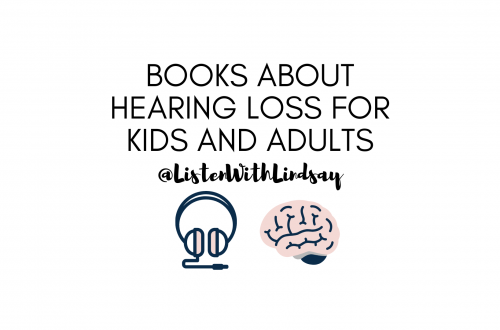 Books About Hearing Loss for Kids and Adults 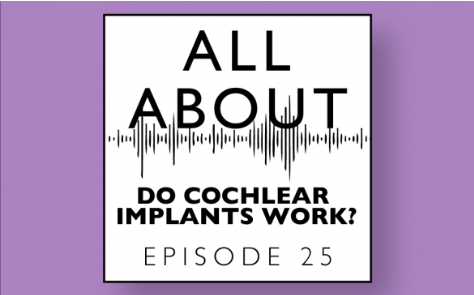 Do Cochlear Implants Work? All About Audiology Podcast Episode